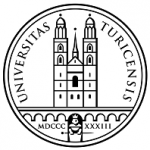 The project is designed as a series of four case studies, each representing relevant medieval genres and their specific anthropospheres. The case studies are framed by a unified methodology but differ in their focus. Case Study 1: imitative court tales and diaries (court and boudoir; gender-focus), Case Study 2: recluse literature (road and hermitage; transgeneric focus), Case Study 3: war tales (warrior households and the battlefield; intermedial focus), Case Study 4: legends and Muromachi tales (sacred spaces and fantastic worlds; diachronic focus). In each of these genres, multilayered temporal concepts, spaces, and emotions are expressed and negotiated: historical and genealogical, mythical and fantastic, religious as well as courtly notions of time. The proposed research aims to conceptualize the relevant layers of temporal sensations in these literary genres of medieval Japan and to create a discursive “panopticon” of aesthetically imagined temporalities.

We seek two highly promising doctoral candidates who work in the field of Japanese literature for Case Studies 2, 3, or 4 respectively. Alternatively, proposals for the investigations of other genres, for example historical tales (rekishi monogatari) may also be considered. Sound knowledge in the study of pre-modern, preferably medieval Japanese textual sources is expected.

Case Study 2: Recluse Literature (Time on the Road and in the Hermitage)

Case Study 2 will look at recluse literature (inja bungaku) and has a transgeneric focus. Recluse literature designates works whose authors lived as free outsiders at the margins of society and which are centered on the anthroposphere of the hermitage and the road-works that are also attributed to the genres of miscellany, travel diaries, and anecdotal tales. The aim of the project is to analyze how temporality is reflected in a selection of such works from the beginning of the 13th century. Starting for example with the well-examined Hōjōki, the project will examine how the relationship between subjects who have withdrawn from social and political life and the world is portrayed. Conceptual, linguistic, and intertextual research will help to uncover the genre’s specific temporal sensations, and allow for an examination and revision of temporal readings produced so far. As two more works of investigation, a Buddhist setsuwa collection (e.g., Senjushō) and a travel diary (e.g., Kaidōki) will be examined. These three works that are usually attributed to different literary genres, allow for a transgeneric comparison of temporal sensations of individuals that strive for enlightenment and thus for the dissolution of time.

Case Study 3 deals with war tales (gunki monogatari) that engage with the anthroposphere of warrior households and the battlefield and takes an inter- and transmedial approach. The project aims at exploring how temporal sensations are inscribed in these semi-factual narratives that are imbued with war pathos in response to the violent incidents at the time. Temporality inscribed in these texts may be examined by way of the genre’s very prototype, Heike monogatari, and its later adaptations, e.g., noh plays and the painted handscrolls of Heike monogatari. Case Study 3 will also investigate the ways in which orality and performance shape temporal language and the interplay of space and time. Approaches from cognitive narratology and cognitive linguistics allow to explore how language shapes the mental images of the audience and produces emotional communities.

Case Study 4 focuses on popular and religious literature from a diachronic perspective. The starting point is setsuwa literature, i.e., works such as Uji shūi monogatari and Shasekishū, which flourished in early medieval Japan. The case study will also focus on Muromachi tales from the 14th to 16th centuries in order to diachronically examine the development of the expression of temporal sensations inscribed into these popular and religious texts. The depiction of otherworlds, which are not only spatially distant but also differ in their temporality, is most obvious in its relevance to the study of time. In certain places, time can pass either very slow or very fast, and consequently, protagonists may find themselves in the future or in what already seems to be the past to them. It is important to analyze how such “heterochronia” is mapped through spatial metaphors in these narratives and how fantastic concepts of time construe possible worlds. Also, the type of narrative in these texts has strong implications for the representation of time and space. Certain emotions can be attributed not only to the character but also to the narrator and even the listeners or readers.

two doctoral positions: 60 % PhD-position at the University of Zurich for the duration of four years. Salary in accordance with the SNSF-regulations for PhD-students.

The positions are available from the 1st of January 2023.
Applications should be submitted electronically in a single PDF-Document by August 22, 2022.
Applications should include a cover letter, a CV, a research statement of up to 1,500 words, and a sample of recent work. Review of applicants will begin August 22, 2022 and continue until the position has been filled.