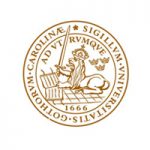 Lund University was founded in 1666 and is repeatedly ranked among the world’s top 100 universities. The University has around 44 000 students and more than 8 000 staff based in Lund, Helsingborg and Malmö. We are united in our efforts to understand, explain and improve our world and the human condition.

Lund University welcomes applicants with diverse backgrounds and experiences. We regard gender equality and diversity as a strength and an asset.

The Division of Nuclear Physics announces a doctoral student position within the research area of internal dose monitoring and risk assessment of workers and members of the public following an accidental release of radionuclides from the European Spallation Source (ESS). The ESS is a neutron-based research facility under construction in the outskirts of Lund in southern Sweden. Consequence assessments of an accidental release from the ESS show that workers present on-site and subjects in the vicinity of the ESS facility may be affected by internal contamination of especially alpha emitting 148Gd and gamma emitters such as 187W, 172Hf, 182Ta, also including radioiodine such as 125I. The objective of the PhD project is to investigate which radiometric measurements need to be conducted to predict, monitor and follow-up the internal doses from accidentally released target particles from ESS to workers and to members of the public. The PhD research programme is financed by the Swedish Radiation Safety Authority (SSM) and will be supervised jointly by researchers at the Division of Nuclear Physics (located in Lund) and Medical Radiation Physics (located in Malmö). The holder of the position will spend time at both divisions.

The successful candidate will:

The main duties of doctoral students are to devote themselves to their research studies which includes participating in research projects and third cycle courses. The work duties can also include teaching and other departmental duties (no more than 20%).

A person meets the general admission requirements for third-cycle courses and study programmes if he or she:

A person meets the specific admission requirements for third-cycle studies in Physics if he or she has:

Equivalent knowledge acquired through corresponding programmes will be assessed individually. In order to enable interdisciplinary initiatives and important specialisations in certain areas, students with qualifications in subjects other than Physics may be considered for admission.

Finally, the student must be judged to have the potential to complete the programme.

Consideration will also be given to good collaborative skills, drive and independence, and how the applicant, through his or her experience and skills, is deemed to have the abilities necessary for successfully completing the third cycle programme.

Instructions on how to apply

Applications may be written in English or Swedish and include a cover letter stating the reasons why you are interested in the position and in what way the research project corresponds to your interests and educational background. The application must also contain a CV, degree certificate or equivalent, and other documents you wish to be considered (grade transcripts, contact information for your references, letters of recommendation, etc.).

The Faculty of Science conducts research and education within Biology, Astronomy, Physics, Geosciences, Chemistry, Mathematics and Environmental Science. The Faculty is organized into nine departments, gathered in the northern campus area. The Faculty has approximately 1500 students, 330 PhD students and 700 employees.

The Department of Physics is with a staff of about 350 scientists and educators one of the largest departments within Lund University. There are seven research divisions and a number of research centra within the department. The research activities at the department cover a broad spectrum of modern physics.
www.fysik.lu.se/english