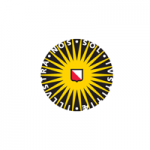 The Microbiology research group of Utrecht University (UU) is looking for a PhD candidate in fungal biology for a full-time 4-year research position.

Mushrooms provide a high quality, sustainable alternative for meat consumption. White button mushrooms are formed after colonisation of a manure and straw based compost by the hyphae of the fungus. Half of the nutrients are still present in the compost after harvesting the mushrooms. Enhancing substrate degradation or adding nutrients does not proportionally increase yield. These findings led us to propose that the architecture of the network of hyphae, that is called mycelium and that acts as the rooting system for the mushrooms, limits the feeding process and thereby the yield. The network architecture consists of single hyphae and bundles of hyphae, called cords. Single hyphae effectively take up nutrients, while cords predominantly transport water and nutrients. Little is known about how colonisation and cord formation is regulated and which signals are involved.

The aim of this project is to understand colonisation and the resulting network architecture, and the interplay of factors that impact transport therein. This knowledge will be used to drive the optimal feeding of the mushrooms. Until recently, it was very hard to address these topics but technology is now available. For instance, we have developed an imaging system that can resolve the network architecture of natural isolates grown on compost. We will link this architecture to transport within this network, allowing us to model the optimal rooting system for mushroom formation. Such an optimal rooting system can be obtained by crossing in specific genes. We will identify these genes by genome sequencing, RNA transcriptomics, and genetic modification combined with varying culturing conditions. These studies will reveal a fundamental understanding of network formation and transport, and in optimal feeding of mushrooms, ultimately resulting in higher yields of commercial mushrooms.

You will work as the PhD candidate on the Vidi project of Robert-Jan Bleichrodt (PI). You will perform multidisciplinary research in collaboration with Geosciences UU, Technical University Delft and Oxford University and several players in the mushroom and fungal material industry.

We are looking for a candidate with the following qualifications and characteristics:

In addition to the employment conditions laid down in the cao for Dutch Universities, Utrecht University has a number of its own arrangements. For example, there are agreements on professional development, leave arrangements and sports. We also give you the opportunity to expand your terms of employment via the Employment Conditions Selection Model. This is how we like to encourage you to continue to grow.

More information about working at the Faculty of Science can be found here.